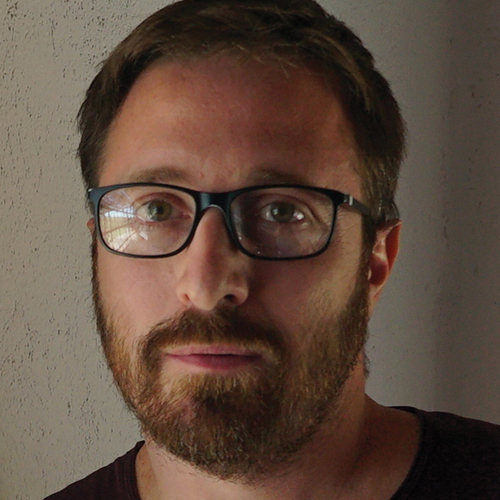 Journalist and filmmaker. Master in Documentary Journalism (UNTREF). He directed the documentaries Fausto También (2016), where he narrates the challenges of the public university when integrating a young man with autism; El Panelista (2019), about the work and conflicts of 10 blind tasters in a national research institute; and Otra Condena (2021), about a group of young prisoners in an institution without weapons or bars. His films have been widely shown in cinemas and alternative spaces, and have participated in laboratories and competitions at international festivals. 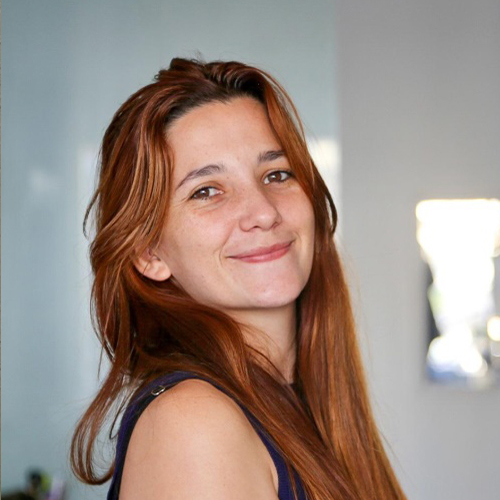 She is the director of Cinéfilos, Latin America's leading specialized film media with a community of more than 4 million followers. She worked as editor and journalist at Ultrabrit, a magazine specialized in British culture. She participated as a communications assistant and audiovisual content generator in different editions of the Mar del Plata International Film Festival, the 57th New York Film Festival and the International Festival of Latin Arab Film - Latinarab, among others. In addition to being a screenwriter for film and television, she graduated from Underground as an advertising creative. 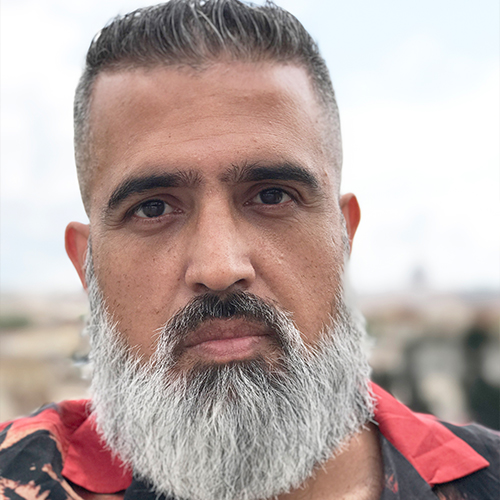 Filmmaker and teacher. He directed the films "La noche de las cámaras despiertas", "El perseguidor" and "Boxing Club", invited to festivals such as Locarno, Berlin and Cannes. In 2019 he directs "Kentannos ¡Que vivas 100 años!" an Argentine-Italian co-production, winner of the best project award at the WEMW of Trieste Festival (Italy), winner of the HBO Europe award for best WIP at Trieste Festival (Italy), had its world premiere at Visions du Réel (Nyon, Switzerland) winner best documentary award Argentine Competition at FIDBA. In 2021 he presents "Taranto" and "Dorados 50" at BAFICI. 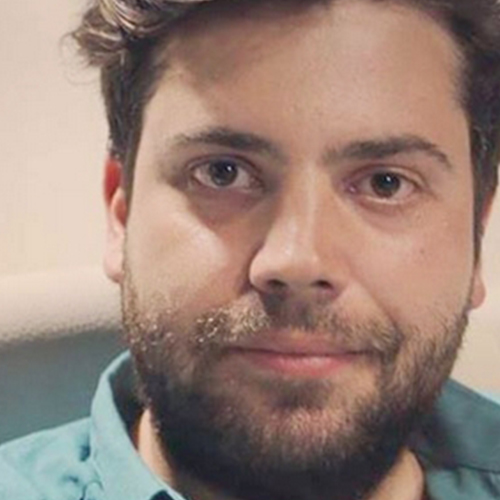 Audiovisual producer and director, cultural manager and teacher. Co-founder and artistic director of the Asociación Civil Creciente Cine Fértil, organizing institution of LatinArab, which in 2018, receives the UNESCO-Sharjah Prize for Arab Culture. Associate producer of The Revolution of the Year by Diogo Faggiano, Yallah! Yallah! by Fernando Romanazzo and Cristian Pirovano and The Journey of the Others by Jaime Villarreal. Teacher. He conducts seminars on the history of French Cinema at the Alliance Française of Buenos Aires. In 2020 he released his first feature documentary, Espejos rotos. 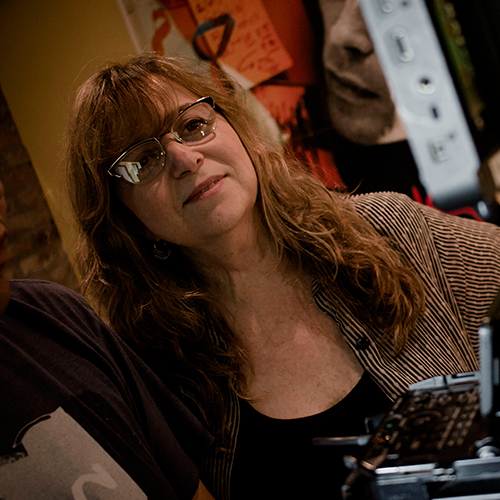 Integral Documentary Filmmaker, Pedagogue, Journalist specialized in education and National Teacher of Corporal Expression. She has a Master's Degree in Documentary Filmmaking (Universidad del Cine) and an International Specialization in Management and Politics of Communication and Culture (FLACSO). His works have received 13 awards. He is currently a member of the professional team of the Secretariat of Educational Cooperation and Priority Actions of the Ministry of Education. He has published more than 400 articles in national and international media. 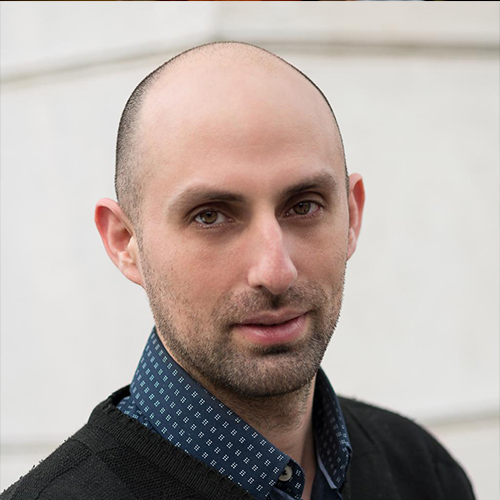 Aeronautical technician dedicated to the audiovisual field. Born in Merlo, Buenos Aires and with more than 17 years of experience in film and television, in countries such as Colombia, Argentina, Panama and Chile. He currently resides in Chile, working as Postproducer at STORYBOARD MEDIA (national film distributor), Technical Director at SANFIC (Santiago International Film Festival), Producer at SANFIC INDUSTRIA, and Technical Producer at AMOR International LGBT+ Film Festival. 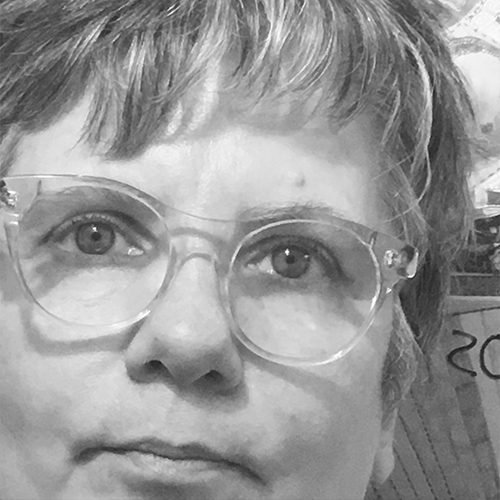 She is a documentary filmmaker, screenwriter and editor. She studied Communication Sciences (UBA) and Cultural Industries (Untref). She edited more than 40 documentary films, directed 3 feature films: El Tiempo y la sangre (2004), Equipo verde (2012/13) and Llamarada (2021). Developed the projects Museo de los niños débiles (together with Maximiliano de la Puente) and Protocolo 15 (together with Victoria Comune), made up of object books, with QR codes and augmented reality. Currently participates as a scriptwriter and director. She also works on projects with transmedia narratives, exploring digital arts, artificial intelligence and literature. Since 2020 she is writing her first novel, Neptune. 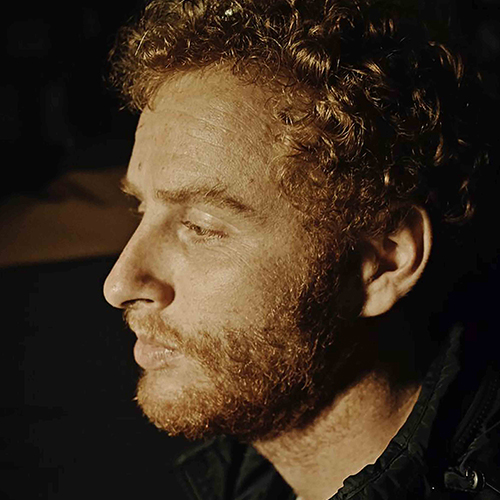 Graduated from the Universidad del Cine de Buenos Aires with a degree in Film Directing. He worked as an editor at the television channel of the Universidad Nacional de Colombia and as a professor of directing actors at the Universidad Central. He directed the short film "Ella, la noche", winner of the Fondo Metropolitano de las Artes de Buenos Aires, premiered at BAFICI, at FICCI, in the Official Selection of the BIO-BIO cine festival, at the Saisons Parisiennes festival in St. Petersburg. She is currently finishing her first feature film "Cristina", post-production award at SANFICI 3 festival. 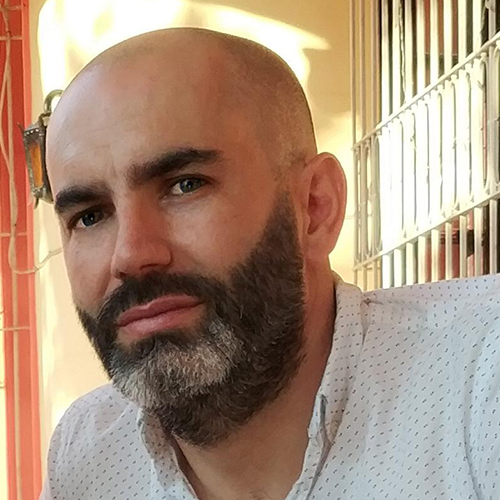 Photographer, producer and filmmaker born in Uruguay. His work revolves around environmental and human rights issues and he is producer of Llamale H - Civil Association for Culture and Diversity projects in Uruguay and abroad, including Llamale H - International Film Festival on Sexual and Gender Diversity in Uruguay and "De la Rambla al Malecón "Festival por la Diversidad" in Cuba. He is currently finishing one of his latest projects, the feature documentary Kanela. 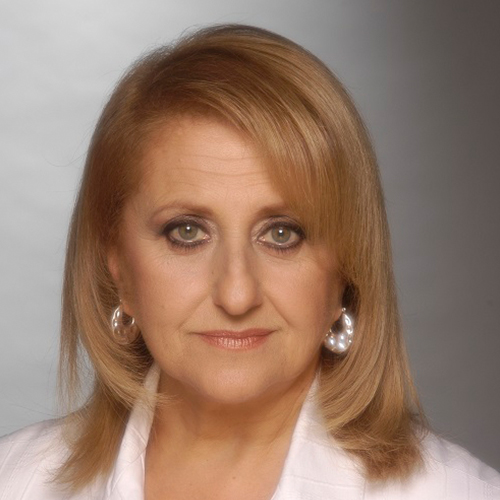 Graduate in Journalism from the Escuela Superior de Periodismo. She has served as a juror in national and regional festivals, has participated in film and industry meetings and is a film critic, with experience in television, print, radio and electronic media. For 25 years she was in charge of the entertainment section of Channel 13 and TN. She has extensive experience in graphics. She is the author of the book "LOS HOMBRES DEL DESEO" (MEN OF DESIRE), dedicated to radio and television theater and leading men. She is currently the host of the program "Agarrate Catalina" in its sixth year, which is broadcasted by radio Ciudad and is a columnist in the program "Cara y Cruz" of the same radio station. 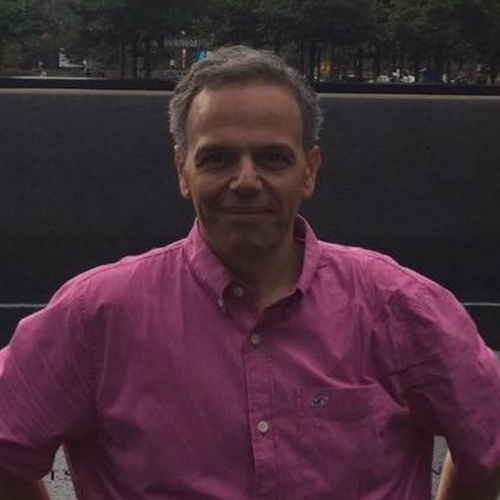 University Professor and Public Accountant (UBA). He began his activity in film criticism through the Blog "Revoleando Butacas". He currently participates in the website "Lúdico News" (www.ludiconews.com.ar) with film and theater reviews. He is a member of the Asociación de Cronistas Cinematográficos de la Argentina and, as such, has covered several editions of the Mar del Plata International Film Festival, BAFICI, FICICIC (Cosquín International Film Festival), FIDBA, Doc Buenos Aires and local exhibitions such as Construir Cine, Les Avants Premiéres, German Film Festival, Italian Film Festival and French Film Tour, among others. He has been a member of the Jury for this Association in the 2020 edition of FIDBA and FABariloche. 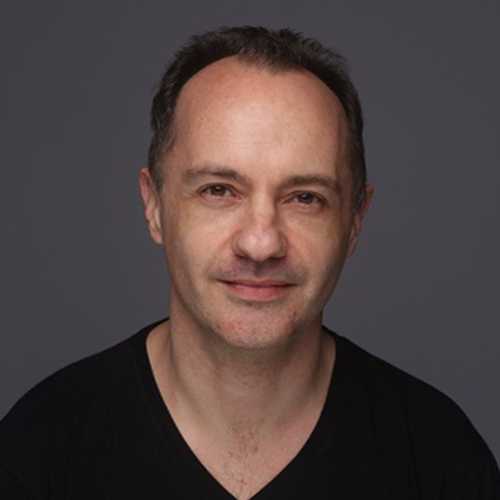 He has a degree in Communication Sciences and Journalism from the University of Buenos Aires and is a cultural journalist. He has participated in film-related panels, festivals and industry events and in television and radio programs. He currently participates in Diario HOY, EscribiendoCine, Cinemaboutique, El planeta Urbano, Revista Directores, Haciendo Cine. He has also worked as an editor in Godard, Anfibia and TVMAS, film columnist in CN23 and C5N. He is a member of the Asociación de Cronistas Cinematográficos de la Argentina, an entity that annually awards the highest prize for Argentine cinema, the Cóndor de Plata (Silver Condor). Together with Catalina Dlugi, he is the author of MUJERES CAMARA ACCION. EMPOWERMENT AND FEMINISM IN ARGENTINEAN CINEMA. 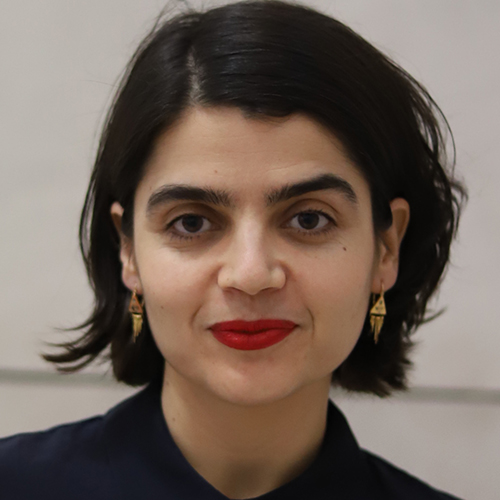 She studied English Literature at the University of Porto and MA in Text and Performance Studies at the Royal Academy of Dramatic Art/King's College in London. She was selected for the Young Artists Program of the Gulbenkian Foundation in Lisbon and attended the documentary workshop at EICTV (Cuba). She participated in Emerging Producers at IDFF Jihlava and was part of Berlinale Talents. She has worked as a film producer with filmmakers such as André Gil Mata, Salomé Lamas, Daniel Hui and Catarina Vasconcelos, among others. She is director and programmer of the Doclisboa Film Festival. She is also currently developing her first documentary project as a director. 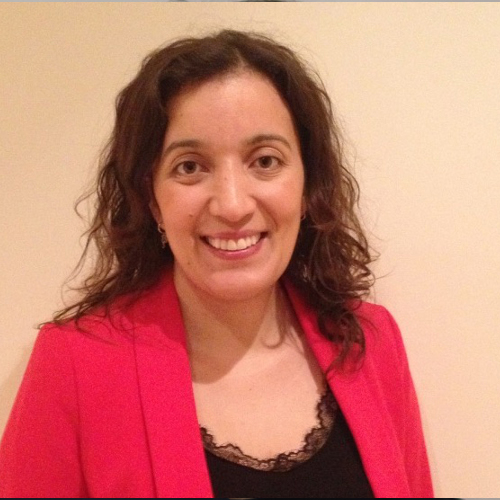 Rebeca Fernández holds a degree in Audiovisual Communication from Universidad Complutense de Madrid and a Masters in Television and Film from Paris 1 Sorbonne University and a Masters in International Management from King's College London. Rebeca has multidisciplinary experience at an international level, having worked in press, radio, television and production before focusing her career on the distribution of audiovisual content. Her professional background includes companies such as Off the Fence, Eurosport, Zodiak Rights (now Banijay Rights) and Pilot Productions. 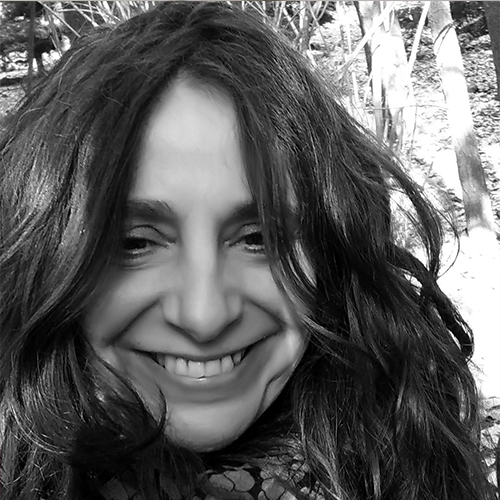 Born in Buenos Aires, she is a director, screenwriter and producer. Since her first short film she has been part of the group of filmmakers that formed what came to be known as New Argentine Cinema. In her works she approaches different genres, styles and formats from a sharp, sensitive and personal point of view. Her films were screened at festivals such as Cannes, Berlin and Locarno, she was a Goya candidate and received several awards and nominations. Her fiction films include Un día de Suerte, Las vidas posibles and Arrebato. With Retiros (IN) Voluntarios he ventures again into the political documentary that he had already tackled in La Toma. He is currently working on his next fiction projects Amanda and the documentary El proceso made between France and Argentina. 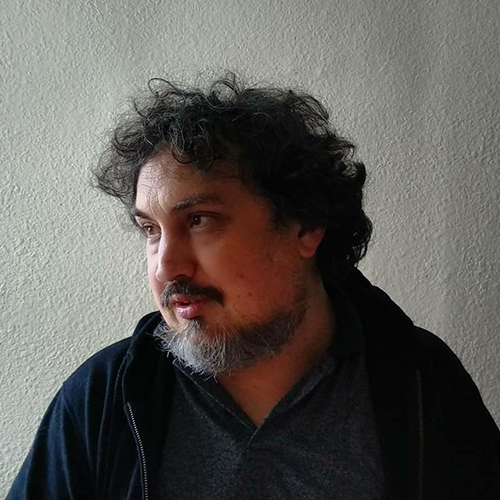 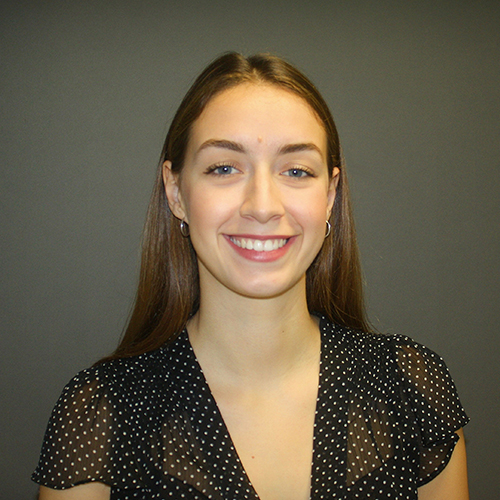 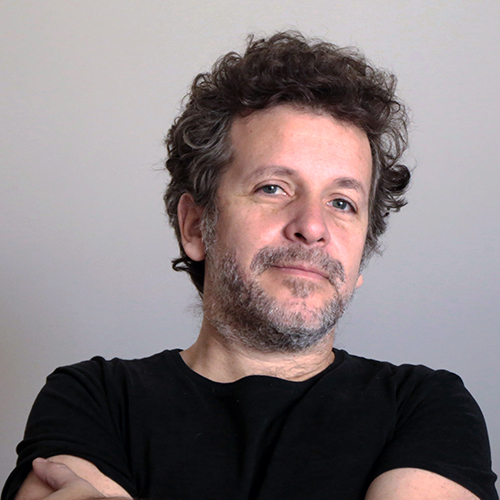 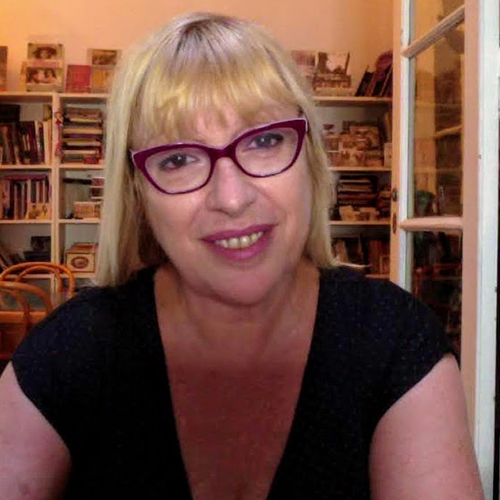 Director and writer of her own scripts and adaptations for audiovisual and theater. She conducts screenwriting and project development workshops. She is a member of the audiovisual production company ALANDAR SRL and the script production company GuionService. Founding partner of ACCIÓN Mujeres del Cine and member of DAC Género. Vast experience as a director, screenwriter and artist director of countless works in Fiction. She has also worked in Production, Direction and Documentary Screenplay. She has participated as a Jury in more than a dozen awards and festivals in the region. She is also the author of the book of short stories OBJETOS PERDIDOS, ENCONTRADOS, writer member of the DVD "LA PISADA DEL UNICORNIO", produced by Abuelas de Plaza de Mayo, member of the book: POESIA ACTUAL DE CORDOBA and co-author with Mariano Medina and Carlos Scocco, of the book "OJO QUE PESA". 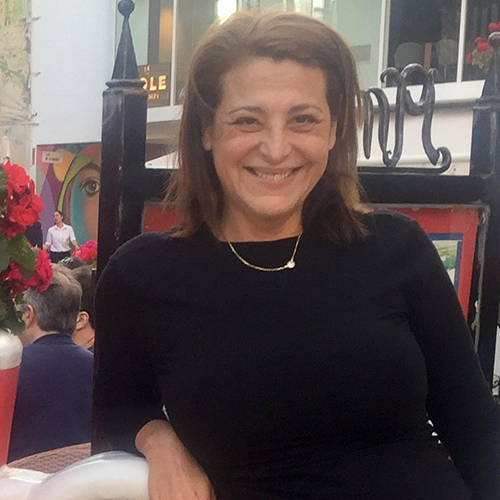 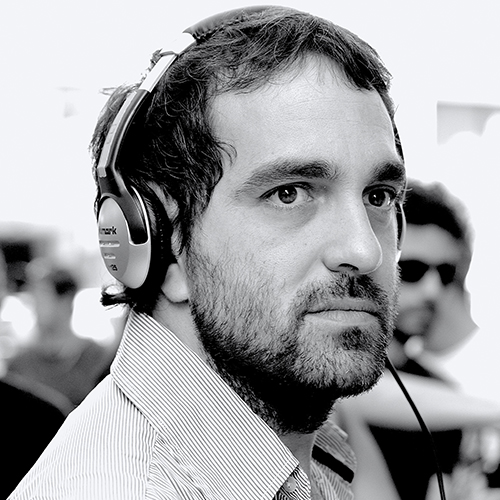 Producer, screenwriter and director. He directed "Verdades Verdaderas" (True Truths), his first film based on the life of Estela de Carlotto (president of the Grandmothers of Plaza de Mayo). Winner of the Bronze Kandhar for Best Film at the Muscat International Film Festival, Audience Award at Muestra de Cine Latinoamericano de Catalunya and Best Film at the International Festival of Human Rights in Tunis. At the end of 2014 he shot an epilogue for his film with Estela and her grandson Guido after more than 36 years of searching. His works include: "Fragmentos", which is part of "Malvinas 30 miradas", the film "Las Grietas de Jara", an adaptation of the novel of the same name by Claudia Piñeiro, starring Oscar Martínez, Joaquín Furriel, Soledad Villamil and Santiago Segura. In theater, "La ventana del árbol y Ana Frank". She is currently a member of the Council of Cultural Participation of the Government of the City of Buenos Aires, and is preparing her third film. 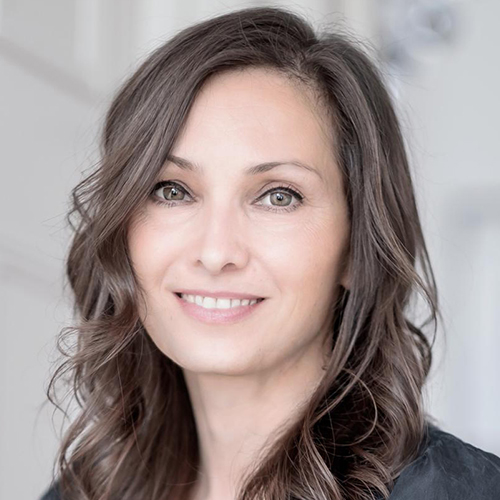 M.A. in Intercultural Communication for Business from the University of London. Director of Partnership Development at How to Change the World (HtCtW), a global social enterprise that designs and delivers experiential learning journeys aimed at addressing real-world global challenges using the framework of the UN Sustainable Development Goals.Associate Director of the We The Peoples Film Festival, which encourages filmmakers and creatives to work to use the power of film to raise awareness of the UN Sustainable Development Goals. She also participated in the organization of the 14th International Conference on Community-Based Adaptation to Climate Change (CBA14), organized by the International Institute for Environment and Development (IIED) and its partners. 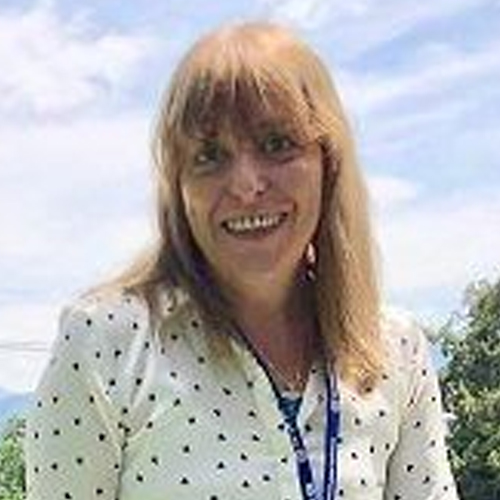 Specialist in national and international trade unionism. She is a member of the CGT International Relations Secretariat Team and coordinates the Argentine Monitoring Platform for the 2030 Agenda (PAMPA 2030). She has worked in the Decent Work Programs of Argentina on behalf of the workers' organization, in the Agenda 2030 (ODS) of the United Nations and International Cooperation System, through the Global Partnership for Development Cooperation in which she is currently Global Co-President. Teacher. Researcher at the Gino Germani Institute of the Faculty of Social Sciences of the University of Buenos Aires, and at the Institute of Latin American Studies of the Faculty of Philosophy and Letters. 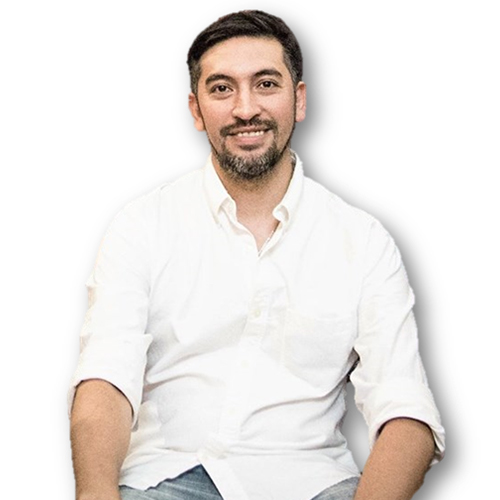